Sonja and I have worked together on invitations a few times before. So, when she called me about this one, I was excited to embark on another collaboration, and this time she had some very specific requests...
She explained that she was throwing her friend's baby shower, and she wanted a truly unique invitation. Already having gathered inspiration pictures, she explained the philosophy behind her desired look. Her friend Jenn is deeply involved in music, and the "rawk" symbol has always been her thing (the rock hands as I previously called them).  So those were a "must have". They came up with the incredibly creative shower theme of "Rawk - A - Bye Baby". Jenn and her husband are having a baby girl, and the color scheme was to be light grey and teal with purple accents. Sonja also mentioned that Jenn had been drawn to baby items with chevrons, which I jumped at the chance to incorporate into the invitation.  Sonja planned to use rock candy and pop rocks as the favors (isn't that an adorable idea?)! Finally, Jenn and her husband had always used a fleur-de-lis for their symbol as a couple, so Sonja thought it would be nice to subtly tie that in, but not make it a major aspect of the design.
So, off to my computer I went to tie the ideas and inspiration together…
After a few rounds of proofs, ideas, and brainstorming, the final result was perfect! 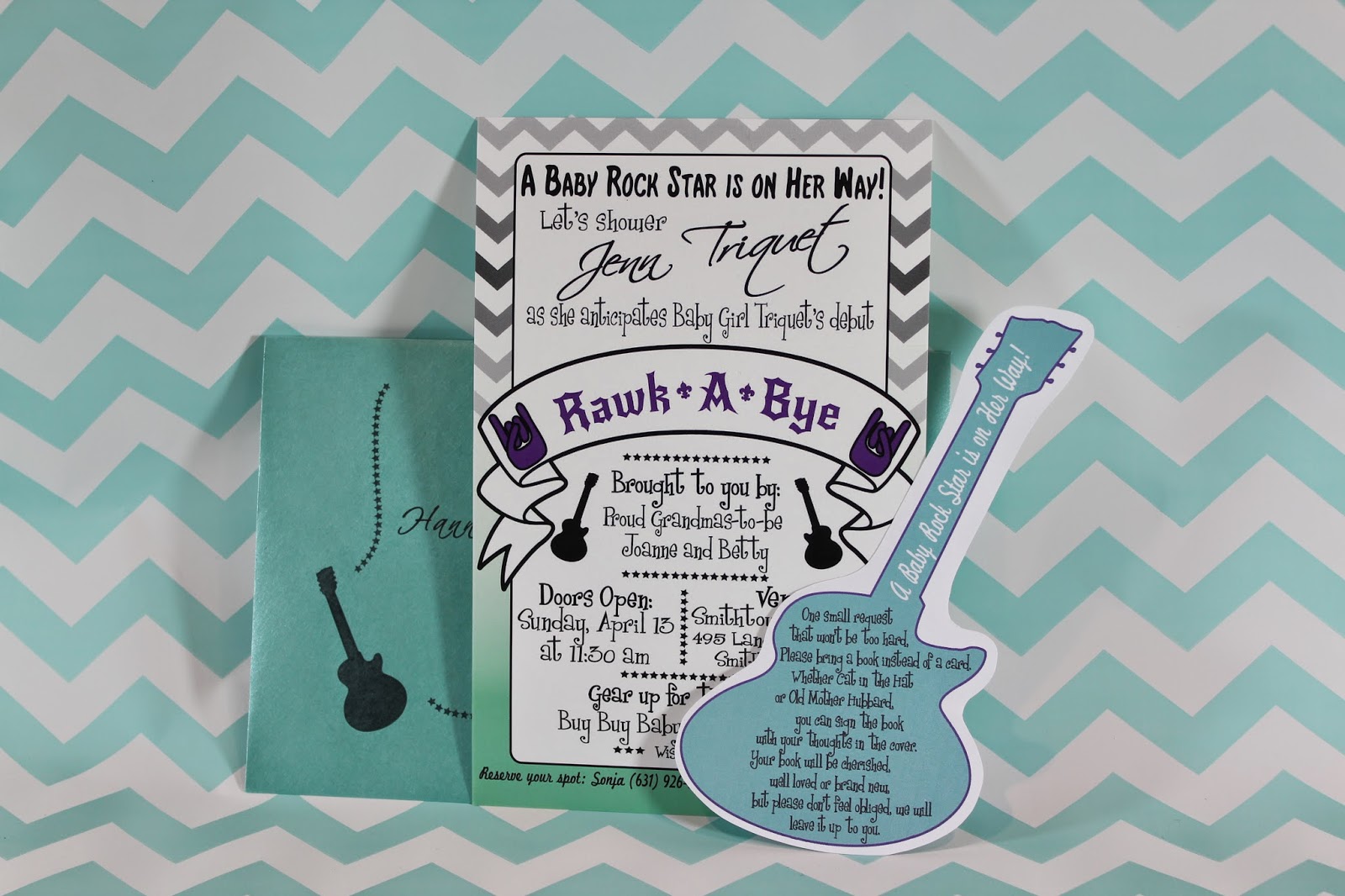 Spotlighting the "Rawk-a-Bye" theme in a central banner, and using the "rawk" hands as emphasis, we created a ticket style invitation. Sonja came up with great wording, to present all of the information as if the guests were invited to a concert.
The enclosed cut-out guitar requests that guests bring a book with their thoughts written in the cover. 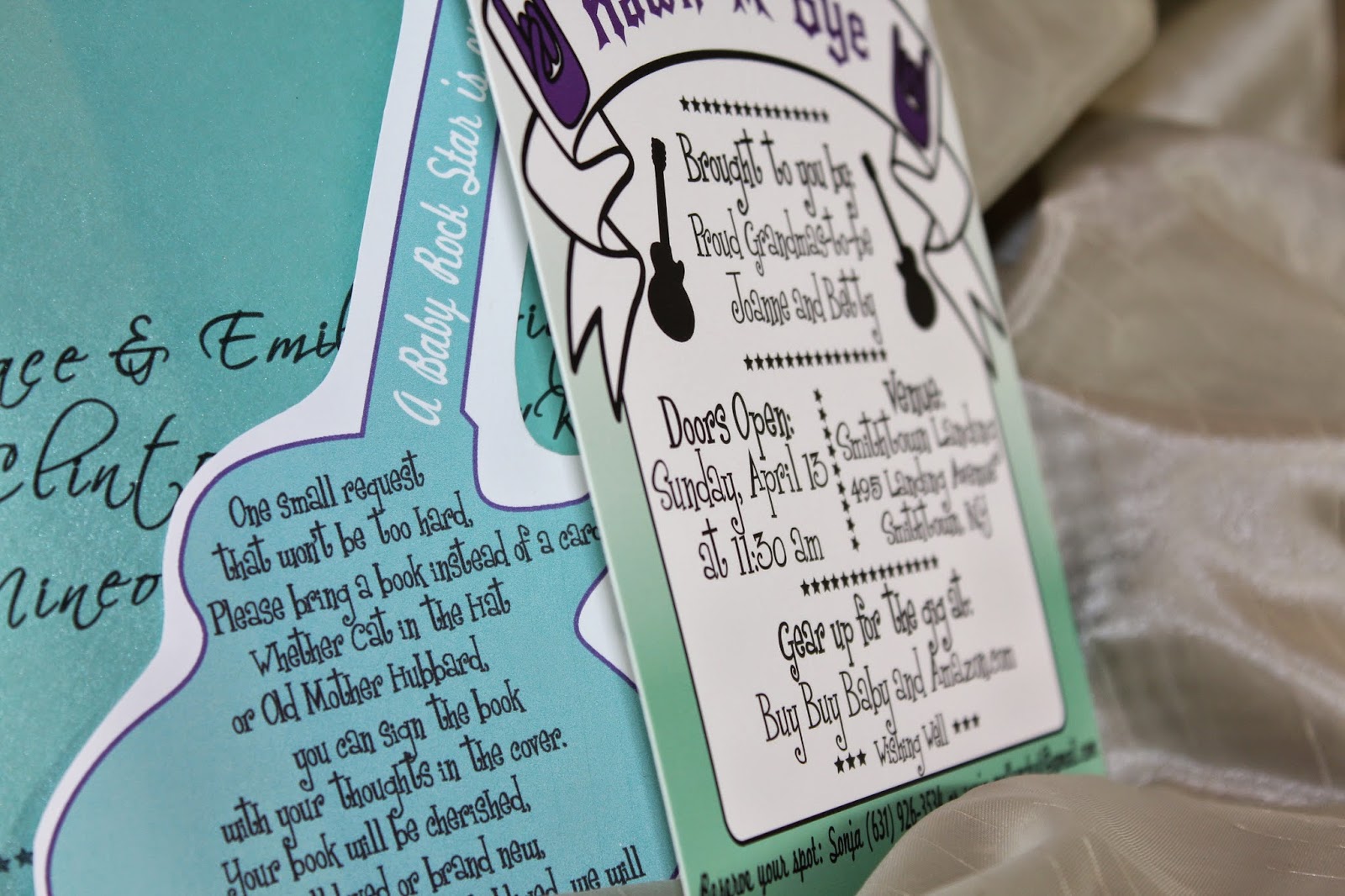 Can you get a good look at the nice heavy stock that these are printed on? The colors came out so vividly and the thick stock gives the most luxurious feel
(especially for those like me who get excited about things like thickness of paper ;)! 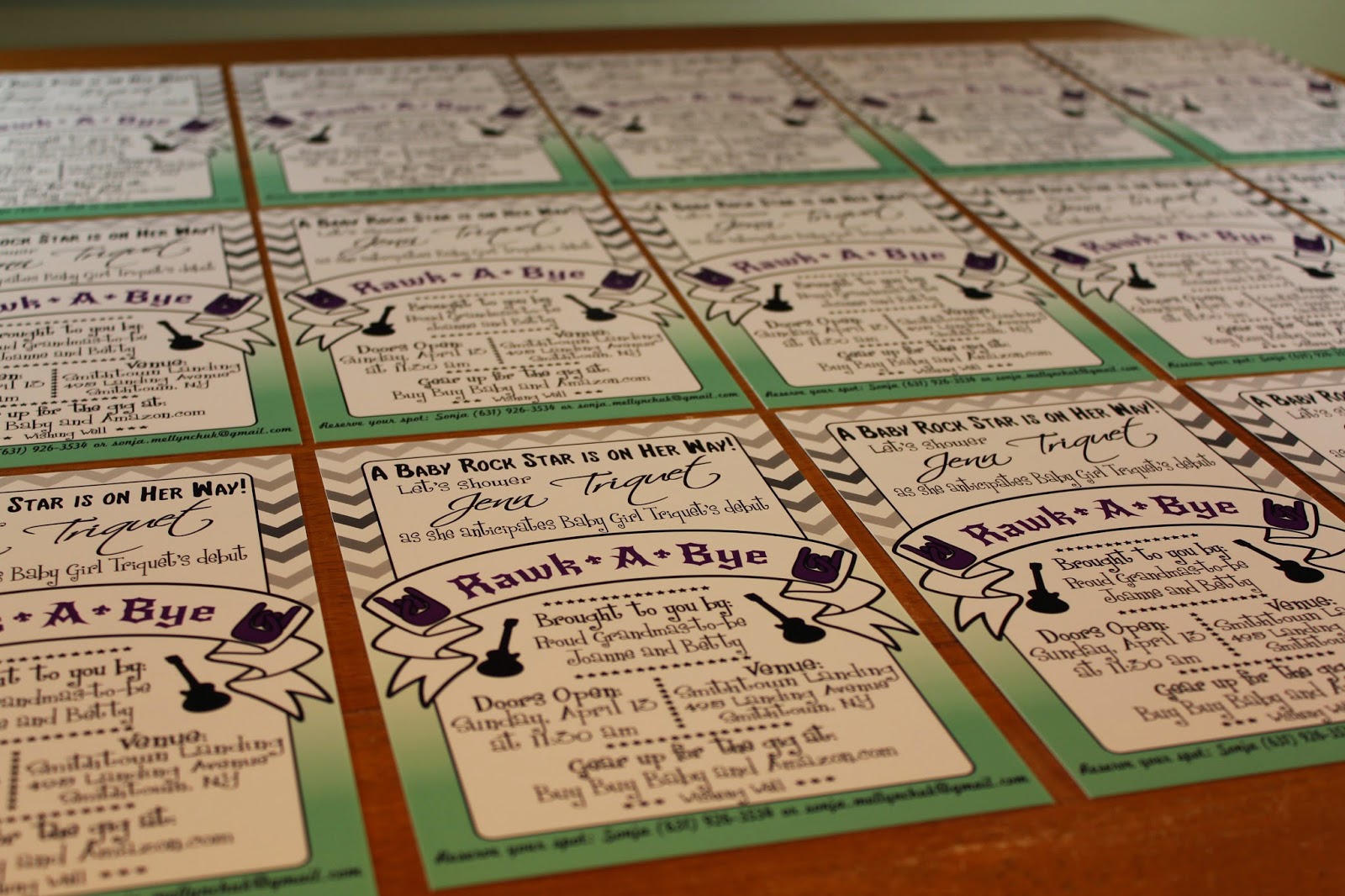 The coloring was a little off in the above photo, but I just love how they look all laid out together! 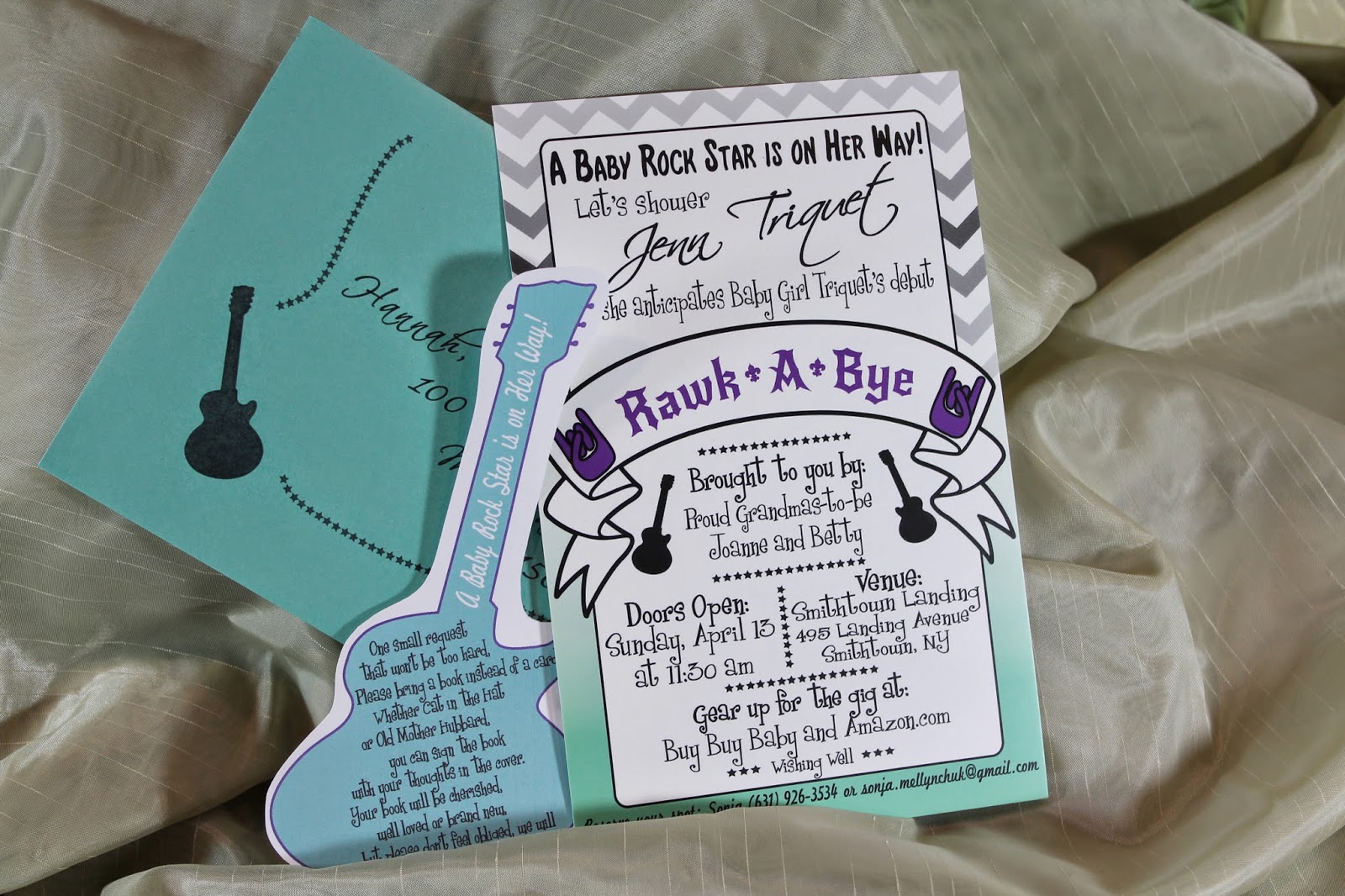 Of course, I had to give the envelope a little musical love, so the stars from the invitation are reflected as an accent on the envelope, and a single guitar to top it off.

And that's how it happens sometimes, little bits of inspiration, the collaboration of great ideas, they all collide and boom, you have the perfect design.
It's really fun to work with a design that centers around a strong theme. Sometimes it's easy to think of a theme, and others it can be really difficult. If you had the opportunity to create a theme for your own party, what would it be? Share in the comments below, or leave any comment you'd like! It lets me know you care :)

BTW - have you signed up to receive Sparkle and Ink Blog Emails? You can do that by entering your email address in the top left of the blog.

A special thanks to one of my favor online printers for featuring Sparkle and Ink in their customer spotlight! Read more here: Smartpress Blog 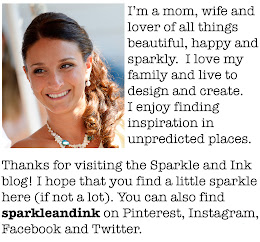 Enter your email to receive updates from Sparkle and Ink!

We are so lucky to have such great customers!